How does it work?

Once data is converted into Signal K, you can display it in the different apps for visualization or convert it back to NMEA 0183 and 2000 to send it to other devices or apps.

OpenPlotter can get NMEA 0183 data from connected serial devices (USB, UART...) or connecting to a TCP or UDP network sources.

Signal K server gets NMEA 0183 data, converts all the NMEA 0183 sentences that it can understand into Signal K format and relays the raw NMEA 0183 data to TCP 10110 port.

If you have devices that generate NMEA 2000 or Signal K data and you want to translate it to NMEA 0183 and send it to TCP 10110 port too, you will have to enable the NMEA 0183 sentences you need in the Convert Signal K to NMEA 0183 plugin when they exist:

To get and send NMEA 2000 data you need to connect a serial converted like our CAN-USB Stick. The Actisense NGT-1 is also supported.

Data from NMEA 0183 and 2000 defined devices are translated into Signal K automatically.

Raw data from IMU - GPIO - I2C - 1W - SPI sensors, MQTT and some tools are converted into Signal K after we define these items in their corresponding tabs.

If you want to convert Signal K data from these sources to NMEA 0183 or 2000, you need to check before if NMEA 0183 sentences or PGN for these data exist. See the previous sections to know how to do it.

Previous
Features
Next
What do you need? 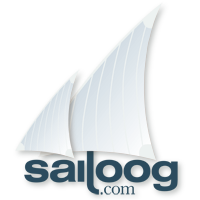